4 months ago NASA made a big announcement.

They discovered a new moon that’s been orbiting the earth for the last century and will continue to circle the earth for many centuries to come.

That’s right — for the first time in the few hundred thousand years of human existence, the moon we all know and love has a partner in its cosmic dance around the earth…

Gone are the days of orbiting the earth alone. It now has a companion to keep it company. Pretty romantic if you think about it!

But there’s a problem.

In my opinion , the folks at NASA missed a golden branding opportunity to have folks fall in love with space again.

Because they named this little moon… wait for it…

You gotta be kidding me! Really?

Being huge branding geeks, we weren’t sure whether to laugh or to cry over here at Live Your Message HQ, but we decided to try to do something about it.

The winner will receive a seat at our next Call to Adventure Masterclass (valued at $497) where you’ll discover how to build a success business based on your Entrepreneurial superpower, and have 100% confidence that you’re choosing a niche you’ll love AND succeed in, all in just 5 days.

You have until Monday, October 17th at 5pm PT to submit your names for our new moon in the comments below this blog post.  (Please, no more than 3 submissions per person.)

You can choose to use the naming template we provide below (a sneak preview of the “How to Name Anything” book and app we’ll be releasing later this year)… or choose your own name. We’ll be choosing the shortlist at our company retreat on Monday night and invite you to cast your votes on Tuesday.

We plan on sending our new name directly to NASA…

Who knows? Your name may stick! Wouldn’t it be awesome to be the person who named the new moon?

OK, so how you name a moon?

Well there are 181 known moons in our solar system and most of them are named after characters in Shakespeare and ancient Greek gods and goddesses… a fitting name for a moon, I trust you’d agree.

These moon-names are based on what I call the Tower of Babel Brand (the 11th Template in our How to Name Anything Guide).

The Tower of Babel is a mythological story that’s been used to explain how the 6,500 languages in the world emerged… dividing humans into different linguistic groups where they couldn’t understand each other…

The Tower of Babel Brand approach is another one of the many branding approaches that emerged from the need to get unique domain names in a world of over one billion websites where URLs are worth their weight in gold.

Whether they search the Sanskrit language, Hawaiian, Sioux, Hindi, Swahili or any of the other 6500 languages of the world, one things the human race is good at is creating language.

Bhavana means “cultivating one’s essence” in Sanskrit.  And also has variations in Poly, Hindi and other languages as well…

Here’s the thing, for Priya that name reflects her cultural heritage. She has a deep connection to the language and the meaning of the words.

Simply choosing a word from another language when you have no connection to that language or that word can feel like cultural appropriation, unless you take the time to really educate yourself on what it means. You don’t need to be part of that culture to use a word from that culture, but it is important to respect the cultural significance of that word and that language.

Here are a few more famous examples of Tower of Babel Brands:

• Lego combines two Danish words: “leg godt” which literally translates to “play well”, making it a hybrid of the Inventor Brand and the Tower of Babel Brand.

• While Nestle was named after their found Henri Nestle, the word also means nest in German, which is where the company’s logo came from….

• Etsy means “oh yes” in Italian and in Latin it means “and if”. Robert Kalin, the founder of Etsy was on the lookout for a meaningless word when he watched Federico Fellini’s movie 8½. He kept hearing the word “etsi”… and there you have it!

• Hulu is a Mandarin word with two distinct meanings. The first is a “gourd” that was often used to hold precious things. And the second is an interactive recording. Both meanings work for this video streaming technology.

• Pandora – means “all gifted” in Greek and is also the name of the Greek goddess who receives many gifts from the gods, including the gift of music… this one is a hybrid of the Tower of Babel Brand and the Cultural Reference Brand.

And of course, there are hundreds of yoga and lifestyle brands that pull from Asian culture.

Out of our 21 “How to Name Anything” Templates, the Tower of Babel Brand Template seems most appropriate for naming a moon. ☺

Post up to 3 names for our new moon in the comments below by Monday, October 17th at 5pm PT for a shot to win Call to Adventure and cosmic bragging rights…. 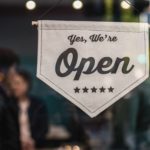 You don’t need an encyclopedic knowledge of small business statistics to succeed as an... 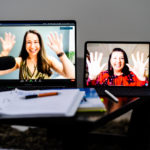 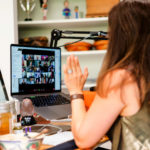 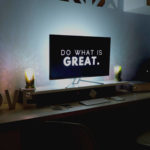 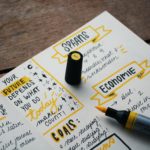