We’re usually the couple that just barely makes it to midnight. But this time? It was different…  And it taught us something important about life, business and mastery.  (More about that in a sec.)

We started the night with a 2½ hour tasting menu at Atera, a two-star Michelin restaurant in TriBeCa. (Wow, what a rare treat that was!) And then made our way over to the Blue Note to see Chris Botti’s 12th annual New Year’s Eve show.

And after 12 years, they’ve started calling it a “December institution in the Big Apple.”

And the thing about institutions?

The show was flawless. Beautiful, really. A work of art.  But, it was no different at all from the show we had seen the previous year.

Chris is a master and he had a perfect show dialed in. But the challenge with “perfect” is that it can lack the raw energy that makes something truly interesting. And engaging. That raw spark of something “new” that draws me in and won’t let me go.

By the end of the night, we came to the conclusion that we didn’t need to go back. We had a lovely time. But we had already seen it. Done it. Checked it off the list.

Then something interesting happened.

At the end of the show, the venue announced that Chris’ guest singer Sy Smith would be doing a late night show at 1am and they invited us to stay…

But — young and raw and full of fire in the belly, there was something about the way Sy showed up that inspired us to stay.

So we moved to a table right in front of the stage, ordered another round of scotch and got into conversation with two Greek women in Ivanka Trump dresses and the very hip posse of friends that Sy brought with her. And within minutes the entire demographic shifted… Gone were the gray-haired jazz aficionados and in came the artsy young professionals.

I felt the excitement building up… and the moment “Sy Boogie” stepped on stage in her gigantic blinged-out platform heels, she brought the juice… and the crowd went wild. The whole place was swinging…

Did she have the level of mastery that Chris had?

No, she didn’t. But she was damn good. And she was real. She had the energy and passion that draws people in and has them feel like they’re part of something bigger than themselves.

She created a movement in the room with how she was being, shimmying down to the floor in her giant heels and back up again.  She had the same back-up band as Chris and yet she brought a whole different energy out of them. They were funkier… and having more fun.  She had the whole room in the palm of her hands, and we left the show feeling excited and energized.

And that got me reflecting on the nature of mastery and perfection.

So many of my students beat themselves up for not “being enough” or “knowing enough”. They believe they’re “not ready.” When the truth is that you’re as ready as you’ll ever be… there’s something magical about someone who is new in business, who has that glint in their eye and that fire in the belly. Who is throwing their whole self into their work and wooing everyone around them with their passion and enthusiasm.

Can you remember a moment when you “discovered someone” for the first time? A new entrepreneur or voice that you wanted to follow… someone who grabbed your attention and wouldn’t let go?

Well, you can be that someone for your tribe. You don’t have to be “established” you simply have to be “all in”.

It doesn’t matter what your topic is, if you’re fully committed, if you let go of the doubts and insecurities, and bring all of yourself to your work, people can feel it. You’ll draw your audience in and have them come back for more…

And, if you’re more established, how can you approach each day and each “performance” as if it were totally new. How can you reconnect to that fire in your belly and the passion that brought you to your work?

I’ve been thinking about that a lot as I prepare for Message to Money Live in February. It’s the fifth time we’ve done this event and I don’t want it to become an institution. I never want to think “oh, I got this” and forget to bring that sense of exploration and wonder to the process.

I want to stay humble and raw. To embrace what’s already working while bringing in something new and something different. I ask myself, what’s the next level? How can I make this event as exciting for me to lead as the one before it? How can I show up like I’ve never taught this before?

So even though I want to be a master at my craft, I also want to stay in that tension that appears in the gap between where I am and where I want to go, who I am and who I am becoming. Because that’s what excites me and that’s what creates the raw energy and newness that attracts and captivates my tribe.

Here’s the thing: No matter how experienced or inexperienced you are, you can attract and captivate by your level of commitment and energy. You can outshine the master when you turn it on and bring it.

True charisma and success is about dancing with the mystery, the tension and the imperfection. It’s about showing up like you’ve never showed up before.

If you’d like guidance on how to use your “perfect imperfection” to build a business that’s an authentic reflection of you, and that turns you into the Superhero to your Tribe, then join us at Message to Money LIVE (Feb 17-19, 2017).

Read more here and I look forward to meeting you in LA!

Looking for inspirational quotes for work that’ll inspire and encourage you? You’ve come to... 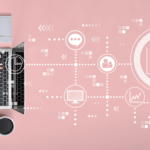 Do you know the 21 marketing tips that will ALWAYS work no matter what... 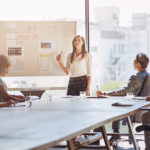 Do you need pitch deck examples to model as you put together your pitch... 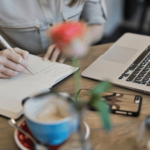 Author and journalist Mary Heaton Vorse said it best… “The art of writing is... 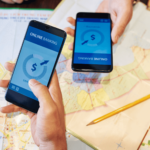 Having a business checking account is a must for most small businesses.  You’re able... 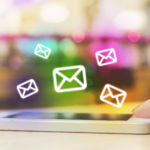 Looking for email marketing examples to inspire your own campaigns? With around 333B emails... 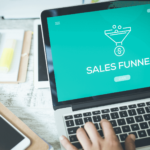 I like to think of a sales funnel as the journey your potential customer... 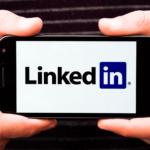 Have you ever considered alternatives to LinkedIn? While LinkedIn is considered the go-to platform...