What would you do if you just spent close to 100 years working in film, innovating film-based technology, your entire empire was built on film… then someone presents you with a digital camera and says, “This is going to be the future of photography.”

This scenario actually happened at Kodak — the film and photography company that went bankrupt in 2012.

And it was all because they didn’t listen to a young 24-year-old engineer named Steven Sasson who had developed the very first digital camera waaaaay back in 1975.

Steven showed his camera to group after group of executives at Kodak that year, and one by one they all said the same thing…

No one is going to want to look at photos on a television set! 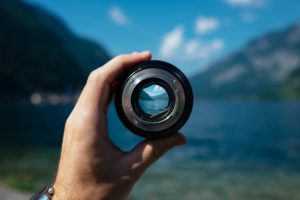 So, they buried the technology.

And Kodak? They eventually came out with a digital SLR camera in 1993.

By then, it was too little too late. The world had already left them behind.

Kodak lost their #1 market share in photography because their competitors had very quickly adopted digital and they were already way ahead of the game.

Today, pretty much everyone has a camera on their cell phone and they don’t necessarily need to lug around a huge digital SLR camera anymore.

So again, Kodak lost out because they didn’t listen when a smart 24-year-old engineer showed them the future. They lost their big opportunity.

Everything is Always Changing

One of my friends knew the Chief Marketing Officer at Kodak, a guy named Jeff Hazlett, in the early 2000s.

Jeff told my friend about a time he was sitting on an airplane next to a young woman and she asked him, “So what do you do for a living?” He replied, “I’m the CMO of Kodak.” And she said to him, “The CMO of what?”

That was right before they went bankrupt and became obsolete.

So, the reason they took such a nosedive is because they didn’t want to look at the future.

They were too busy resting on their laurels, too busy stuck in the technology that they had already innovated that they refused to see that the world was moving on.

And this happens so often with entrepreneurs of all kinds because the truth is… Everything. Is. Always. Changing.

So, if you think that your business is “set it and forget it” you’re 100% wrong!

Someone’s going to come along and eat your lunch when they think of a more innovative and effective way to do what you do for your audience.

And the proof is out there. This has happened (and is happening) in industry after industry.

For instance, Uber and Lyft have made taxis almost obsolete in most places…

And some of my good friends who were online business leaders in my industry have shut their doors because some 20 or 30-something came along with a better way to do what they do.

I really believe you’ve got to stay on the cutting edge of whatever products, services, courses or trainings that you create and sell, especially when it comes to online education.

It might seem like online education technology isn’t changing and that it’s the same but let me tell you it IS changing because consumer expectations are changing.

You need to pay attention to the way that the world and the industry is changing.

When the Future Knocks…

Forbes magazine predicts that by the year 2025, online education is going to be a $325 billion dollar a year industry.

And if you want a piece of that industry, you’ve got to know how it works and what it’s going to look like 3 years, 5 years and even 10 years from now.

Because starting next week, I’ll be releasing a FREE training series that’s all about how to rise and stay at the top of the online education industry, now and in the future!

I only release this free series ONCE a year, so you don’t want to miss it.

I’ll be getting into how you can catch the new wave of changes that’s going on in this space.

Whether you’ve never created an online program before or whether you have a program that you’ve been selling over and over and over again and you’re starting to see a decline in sales, I highly recommend you stay tuned and get in on this free series.

I’m sharing how you can start innovating the way you share your expertise and the way you create online education like programs, courses, trainings — you name it — so people get hooked on watching and hooked on taking action and ultimately hooked on buying from you again and again.

Don’t be like the Kodak executives burying your head in the sand. Pay attention because when the future knocks on your door… you’d better be ready to answer it!

Okay so let me know in the comments…

Where do you see the online education industry going? What do you see changing in the next 5 to 10 years and how can you stay on the cutting-edge so you don’t become obsolete? How can you become a forerunner in your industry? 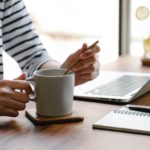 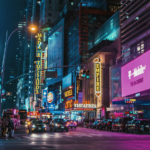 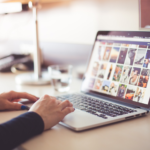 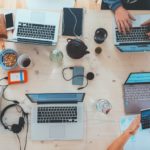